Hue is a popular stop over point on the train journey from Ho Chi Minh City to Hanoi. From Hue the remaining leg of the journey to Hanoi is a manageable 12 hours 40 minutes to 16 hours 15 minutes, depending upon which train you take. Few people attempt to travel the entire distance from Saigon to Hanoi in one go as the journey takes between 31 hours 30 minutes and 39 hours 20 minutes, again depending upon which train you take.

Train Times from Hue to Hanoi

Use the Search Form to find your train tickets from Hue to Hanoi.

Hanoi is a large busy city slowly modernising as Vietnam has become increasingly more open to foreign influence and free trade. This is an interesting place to visit and a interesting time to visit. Culture and history mix seamlessly with a burgeoning of modernity it a city with a tireless energy of a young and energetic population. There are also lots of motorbikes and interesting smells, some less pleasant than others. 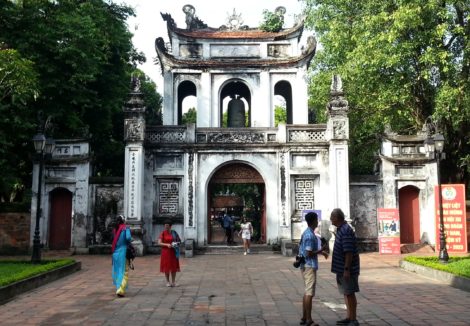 When you visit Hanoi here of some the things you may enjoy exploring, trying, seeing and tasting: